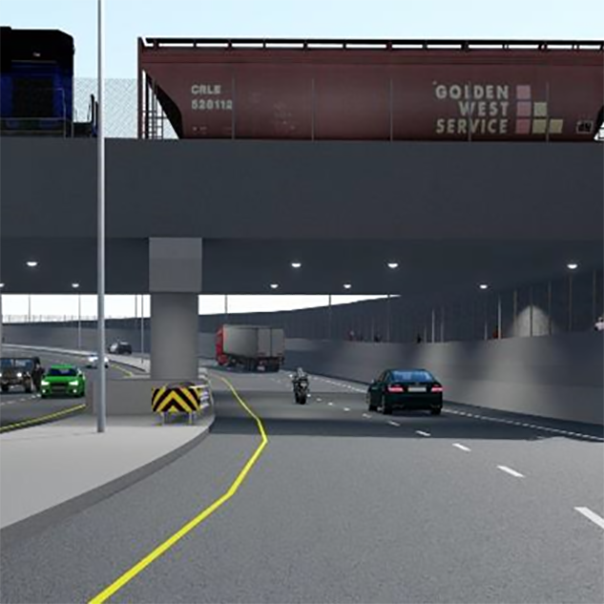 Today, the California Transportation Commission (CTC) approved $175 million in funding for the 7th Street Grade Separation East Project (Project), one of three GoPort Program projects to improve truck and rail access to one of the nations’ most vital seaports—the Port of Oakland. The Alameda County Transportation Commission (Alameda CTC) partnered with the CTC and the City and Port of Oakland to advance this high-priority goods movement project into construction. The Project will realign and reconstruct the primary landside gateway into the Port of Oakland and a shared bicycle/pedestrian pathway, relieving congestion, increasing efficiency, fostering sustainability and supporting the entire Northern California economy.

Alameda CTC will manage this critical project funded by the state’s Senate Bill 1 Trade Corridors Enhancement Program that will move into construction in 2023, for which the Port of Oakland will provide financial and engineering support. “Today’s action by the CTC… is a great example of partnership to leverage local, regional and state funding to deliver transportation improvements that benefit not only the residents of Alameda County, but the entire Northern California mega-region,” stated Alameda CTC Executive Director Tess Lengyel.