The 2020 Community-Based Transportation Plan (CBTP) summarizes transportation needs and issues in Alameda County’s low-income communities and communities of color. The CBTP was developed based on outcomes of community engagement and technical analysis. 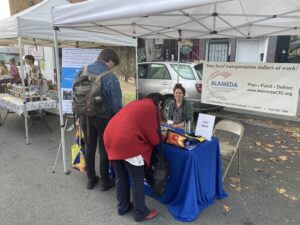 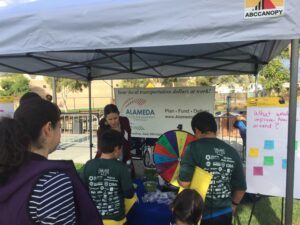 Alameda CTC undertook development of the 2020 CBTP as a key input to the 2020 Countywide Transportation Plan (CTP). The 2020 CBTP relied on direct engagement in low-income communities of color, analysis of baseline conditions, and detailed review of recent local planning and engagement efforts. In fall 2019 and early winter 2019/2020, over 400 surveys were collected from low-income communities of color. In addition, an online survey was administered in May 2019 that was designed to be representative of Alameda County’s diverse population across planning areas, and included a significant sample from people in low-income and communities of color. For the 2020 CBTP, low income and communities of color were identified and organized into 14 CBTP study areas. These cover 115 census tracts, located in nine cities and three unincorporated areas across all four planning areas of Alameda County. MTC’s definition of Equity Priority Community as of Plan Bay Area 2040 was used as the basis for determining the CBTP Study Areas. 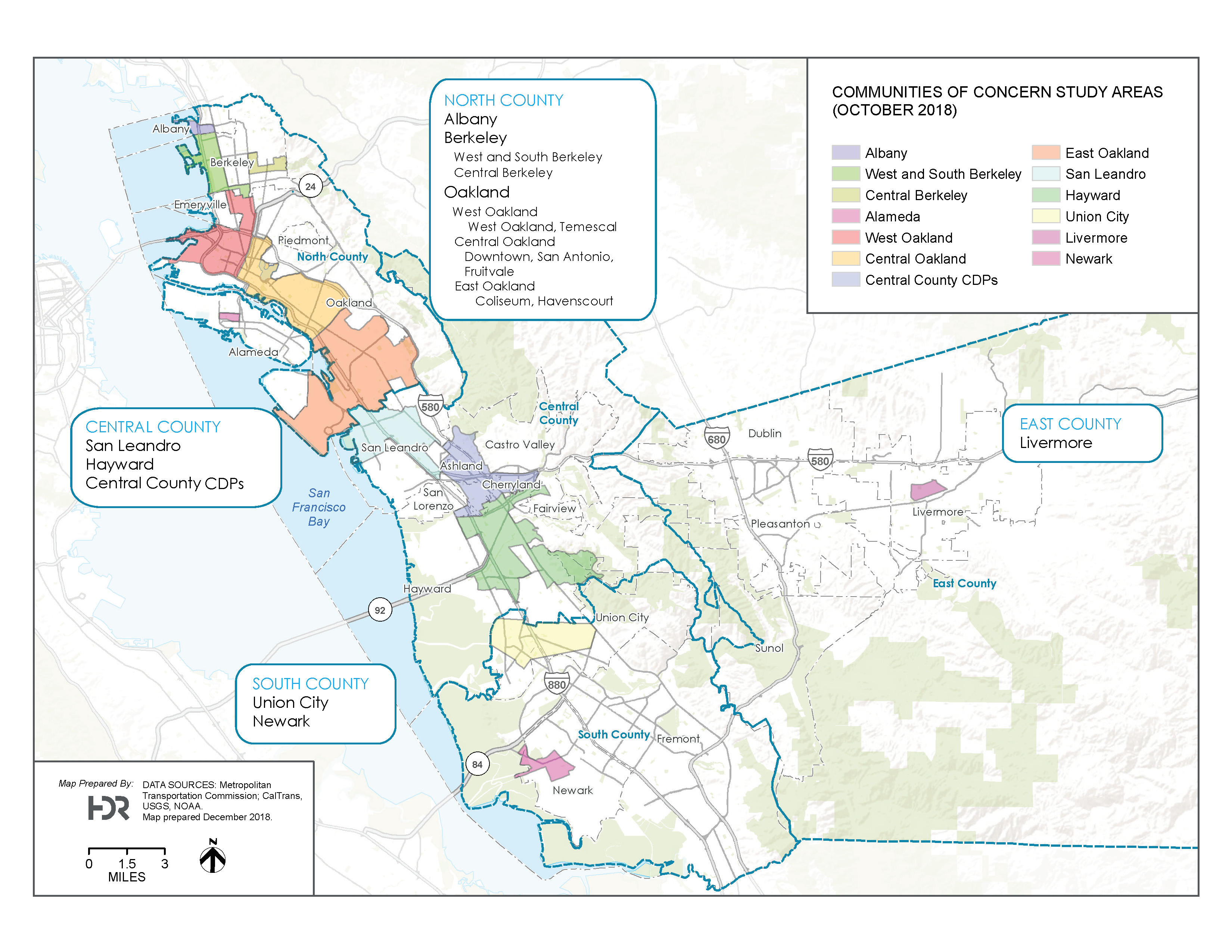 Chapter 7 of the CBTP details recommendations and actions for each of these needs, as well as planned transportation projects by jurisdiction that will improve conditions in these communities.

What is the CBTP?

The CBTP program was launched in 2002 by the Metropolitan Transportation Commission (MTC). MTC subsequently identified Equity Priority Communities (formally called Communities of Concern) throughout the region, which are communities that have a high concentration of both minority and low-income households or that have a high concentration of other factors including people with disabilities, seniors, and/or cost-burdened renters. Since 2001, MTC has been using data from the American Community Survey to identify communities (census tracts) that may have historically faced disadvantage and underinvestment due to their background or socioeconomic status. MTC has continually made updates to the framework definition — and the data are updated every four years — as part of the updates to Plan Bay Area. These communities are currently called Equity Priority Communities. The last set of CBTPs for Alameda County was completed between 2004 and 2009. Low-income and minority communities at the time consisted of five communities in the North and Central parts of the county, for which separate CBTPs were developed: Since then, MTC’s definition of “CoC” has evolved and new U.S. Census data have been incorporated (such as American Community Survey 5-year data, 2012-2016). As a result, Alameda County 2020 CBTP spatial distribution of CBTP study areas within Alameda County has changed and expanded to include areas throughout the county. Click on the Overview tab to return to information about the 2020 CBTP and its map of CBTP study areas.