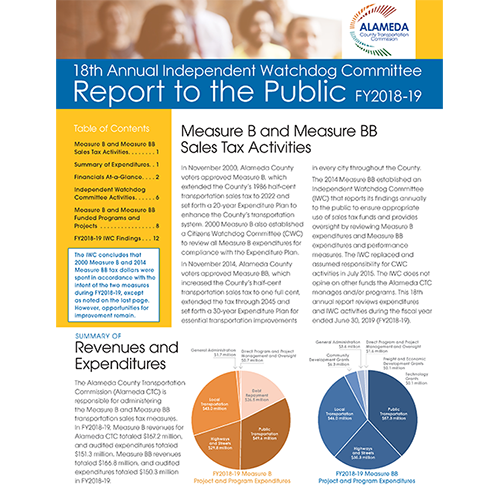 Alameda CTC’s Independent Watchdog Committee’s (IWC) released its 18th Annual Report to the Public. The report concludes for the 18th consecutive year that Measure B and Measure BB tax dollars are being spent in accordance with the intent of the two transportation sales tax measures. The report also provides an update on the delivery of programs and projects funded by Measure B, Alameda County’s half-cent sales tax for transportation improvements, and those funded by Measure BB, which augmented the half-cent sales tax to one cent and extended the tax through 2045.

The 18th Annual Report to the Public, the Executive Summary in English, Chinese and Spanish, and audited financial statements and compliance reports for each agency receiving Measure B and Measure BB funds are available to the public on the Alameda CTC website. Hard copies of the annual report are available upon request. 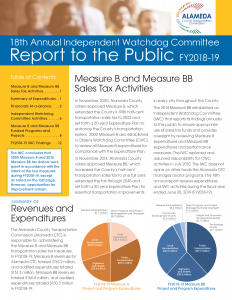