New Ways To Commute This Summer 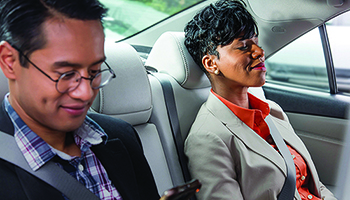 This summer, Alameda CTC invites everyone to consider new ways to commute. A number of carpooling options are available in the Bay Area, all aimed at making commuting more convenient. Carpool apps make it easy to schedule one-way carpool trips and allow you to be either a driver or a passenger. Try one of the carpool apps available at rideshare.511.org. Try the 511 RideMatch Service to find and email neighbors with similar commutes. Whether you’re a commuter trying to affordably and safely get around Alameda County or an employer coordinating staff transportation options, the Commute Choices web page has the resources you need.

Express lanes are another way to get where you’re going in a timely fashion. This year is the third anniversary of the Interstate 580 Express Lanes that run approximately 14 miles through Dublin, Pleasanton and Livermore. With the Tri-Valley being one of the most rapidly growing areas in the Bay Area and vital to the region’s economic health, the express lanes are key to continued prosperity in the region. The Interstate 680 (I-680) Sunol Express Lanes also runs through Alameda County. With the southbound portion of the project complete, the northbound phase – nine miles of new high-occupancy vehicle and a continuous express lane – broke ground in April of last year, and is currently under construction. With completion expected in fall 2020, the I-680 Sunol Express Lane, too, will support carpooling and ridesharing, helping to alleviate traffic congestion and improve operations along one of the most congested corridors in the region.